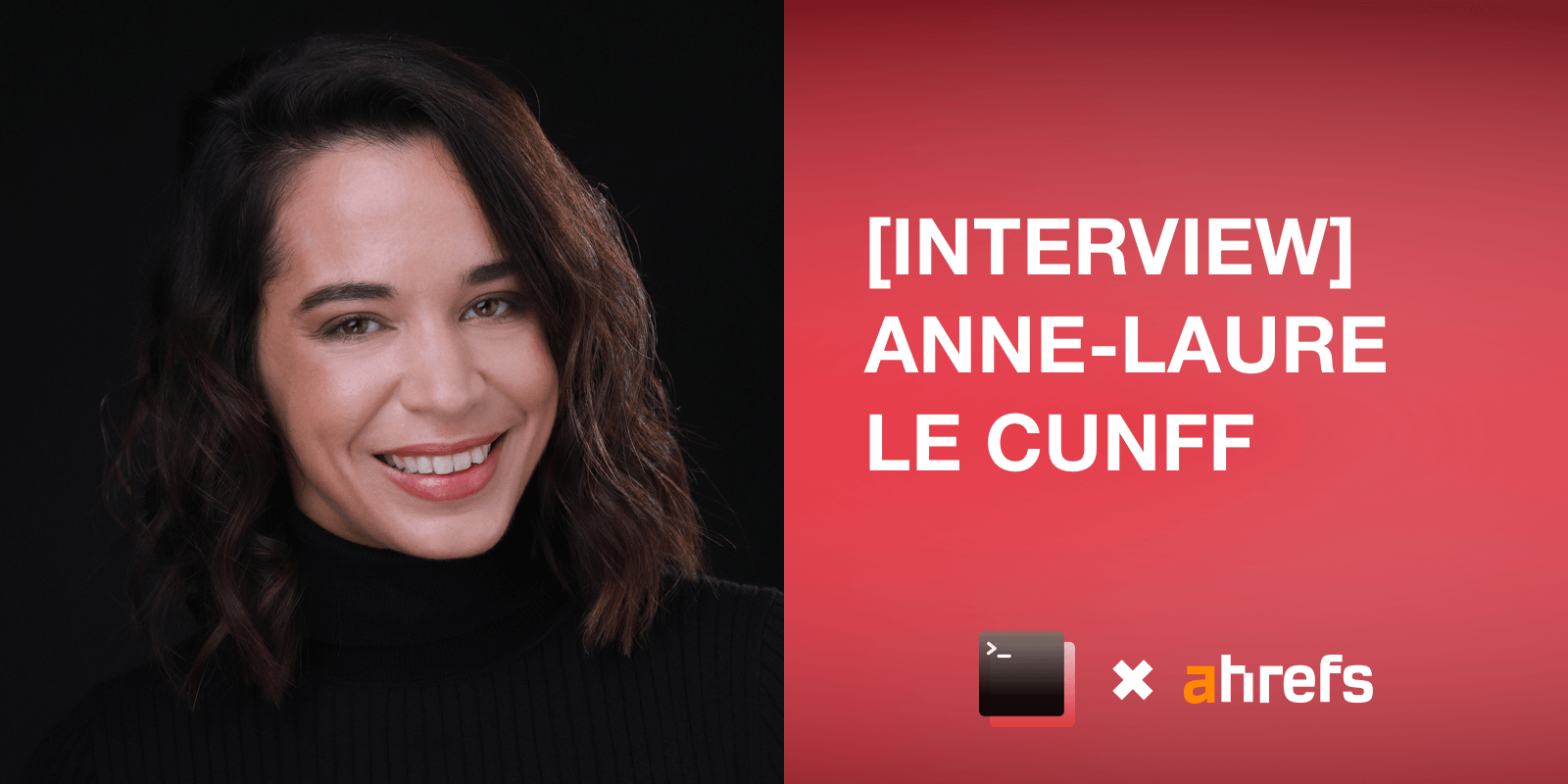 Anne-Laure Le Cunff is the founder of Ness Labs, a mindful productivity school for knowledge workers. As an entrepreneur and neuroscience student, she explores and shares ways to help people to achieve more while staying mentally healthy. Her newsletter “Maker Mind” counts more than 50k subscribers, and her community, which counts thousands of members, keeps growing.

Can you tell us a bit about your background: where do you come from, what kind of family were you born in, what did you want to become when you were a child, what were you doing before being an entrepreneur?

Thanks for having me! I’m French-Algerian and I was born in Paris. I grew up in a very noisy house, with two brothers and a sister, and lots of people who’d come to have tea and excitedly share the latest gossip.

From an early age, books were a way to explore my psyche, generate questions, and imagine different worlds. I especially enjoyed fantasy and science-fiction stories, and I was hoping that one day I’d become a paleontologist, an inventor, or a novelist — in no particular order.

But things didn’t turn out that way. Instead, I started my career working at Google, and then became an entrepreneur and a scientist. Today, my work is divided between running a small business and conducting research as part of my PhD. I don’t think young Anne-Laure was even aware this kind of squiggly career was a possibility!

What was the starting point of your entrepreneurial journey? Why did you switch from Google employee to founder?

I loved my job at Google, and in particular the people I worked with. But, at some point, I realized that I could clearly see the path in front of me — almost like a step-by-step recipe to achieve success as defined in this specific context. And it felt like someone had spoiled the movie for me. I slowly started losing interest, and dreamed of a different challenge. This was the turning point that made me decide to start my entrepreneurial journey.

How did you find your community? What led you to write for this particular audience?

I don’t think it’s always right to just “follow your passion” when it comes to entrepreneurship, but that’s probably the only way to build an authentic community. I found my community by writing about topics I truly cared about, such as mental health and creativity.

Instead of working with the garage door closed, I learned in public by sharing early drafts, asking questions, and collecting feedback. This approach attracted the kind of people who value curiosity and collaborative learning — the kind of community I wanted to build.

According to you, what’s the secret for creativity? How do you deal with the feeling of "being stuck" as a creator and what tips can you share to fight it?

The most important step is to let go of the idea of creativity as something that happens to us. In ancient Greek mythology, the muses were considered the only source of inspiration. The worst thing that could happen to a poet was being abandoned by their muse.

Instead of depending on mysterious external powers, most new ideas come from combinational creativity — when we combine two existing ideas together. In the words of William Inge: “Originality is undetected plagiarism.” When you feel stuck, try combining two ideas together.

That’s how I started writing about mindful productivity, by combining the ideas of mindfulness and productivity. That’s how researchers came up with the concept of “wood wide web”, a giant network through which trees communicate together. That’s how you can explore liminal areas and define a new playground for your creativity.

You recently reached a big milestone with your newsletter. How did you achieve that, and what were your biggest acquisition channels?

It took three years to reach 50,000 subscribers. Newsletters rarely go viral. It’s a labor of love and patience. You need to consistently show up every day or every week depending on the frequency of your newsletter. That’s why, if you’re a solo operator and can’t hire a team of writers, it’s crucial to choose a topic you care about.

My two biggest acquisition channels are search engines and social media. At the beginning, it was mostly social media, and in particular Twitter, but now that Ness Labs has hundreds of high-quality articles published on the website, we get a good chunk of traffic from people proactively looking for answers to their questions.

How does it feel to grow enough to hire your first employees?

I then realized that it was the same as all of the other projects I’d worked on: scary at first, sure, but an amazing opportunity for learning and growth. I decided from the get-go that I wanted everyone to be comfortable sharing and receiving feedback, which I encouraged everyone to give freely and kindly. Maybe it’s because we’re still a small team, but it works for us.

What is your definition of success?

I’m going to steal this one from my friend Khe, because I think it’s really good: what would your daily life look like if you suddenly received a hundred million dollars in your bank account?

He told me that in his case, some things like having a driver may be nice sometimes, but that he’d still want to walk his kids to school every weekday, and he’d still want to have lots of interesting conversations with smart people. So, his daily life today is not so different from the life he’d want if he had virtually unlimited money.

In my case, I’m not fully there yet. There are still quite a few things I’d like to do — like funding fellow creators and opening a research lab — that are still out of reach at the moment. And that’s alright, but I think that’s such a great way to think about success.

Ask yourself: what would my daily life look like if I could do anything I want? Success is closing the gap between that ideal daily life and the one you have today.

You met a lot of people IRL throughout the years that you met online in the first place. Could you tell us more about some of these friendships and how the Internet gave you the opportunity to come across these folks?

Ha, I just met with my Twitter friend Visa in Singapore for the third time. I’ve made many wonderful friends who I first connected with online. I won’t attempt to make a list as they’re too many of them.

The Women Make community has been a fantastic place to make friends, as were Twitter, Indie Hackers, and Product Hunt. I’m so grateful for the Internet to give us all the opportunity to connect with like-minded people from all around the world.

It’s incredible that I could probably go to any country in the world and have at least one local friend, or at least know one person who knows someone and would be willing to introduce us. The world feels like a warm place when you see potential friendship everywhere.

How do you imagine the experience of the Internet in twenty years?

Fundamentally, the Internet is going to be very similar to what it’s like today, and what forums and taverns have been like for thousands of years. Lots of people connecting, learning, collaborating, gossiping, plotting. In terms of mediums, I think it’s going to keep becoming more visual and embodied — more physical immersion through videos, sound, maybe virtual reality.

What advice do you have for people who want to start to write?

Block time in your calendar and make a pact to consistently show up, sit down, write, and publish your work. It doesn’t matter if your first attempts are far from perfect. You actually want to look back on your early work and cringe a little bit. It means that you’ve improved enough to notice the difference. And you can’t become a better writer by thinking or reading about writing. So embrace the cringe — it’s a sign of personal growth.

Question from the community: What are your thoughts and advice on how to manage your time? How do you organize your work while staying so active on social media?

I’m a big fan of asynchronous communication. I try to keep my calendar as empty as possible, and whenever someone wants to invite me to a work meeting, I ask if it could be discussed over email instead. Most importantly, I block time for what I care most about. In my case, that’s writing. So I write first thing in the morning, and then only do I focus on other tasks.

Almost everything I publish on social media is a byproduct of my creative work. When I start writing an article, I’ll conduct research and come across interesting insights, which I’ll share as I go. Sometimes, I’ll feel confused about something, and I’ll ask the question on Twitter. I also often share screenshots of drafts to get early feedback. Because it’s integrated in my workflow, social media never really feels disruptive to the creative process.

Of course, I sometimes procrastinate and waste lots of time scrolling through my feed. When I notice this, I try to identify something I find interesting and I make a little note of it. It’s a way to break the cycle of passive consumption and to shift my gears towards active creation. Overall, I believe social media is a net positive, but like all new tools, it takes a while for our brains to adapt!

This series of interviews is a partnership between Women Make and Ahrefs.

Sign up for free to Ahrefs Webmaster Tools and scan your website for 100+ common SEO issues as well as find out what search queries you already rank for and which websites are linking to you.

Create an account on Women Make, and join a community of 1k+ supportive women founders and creators. 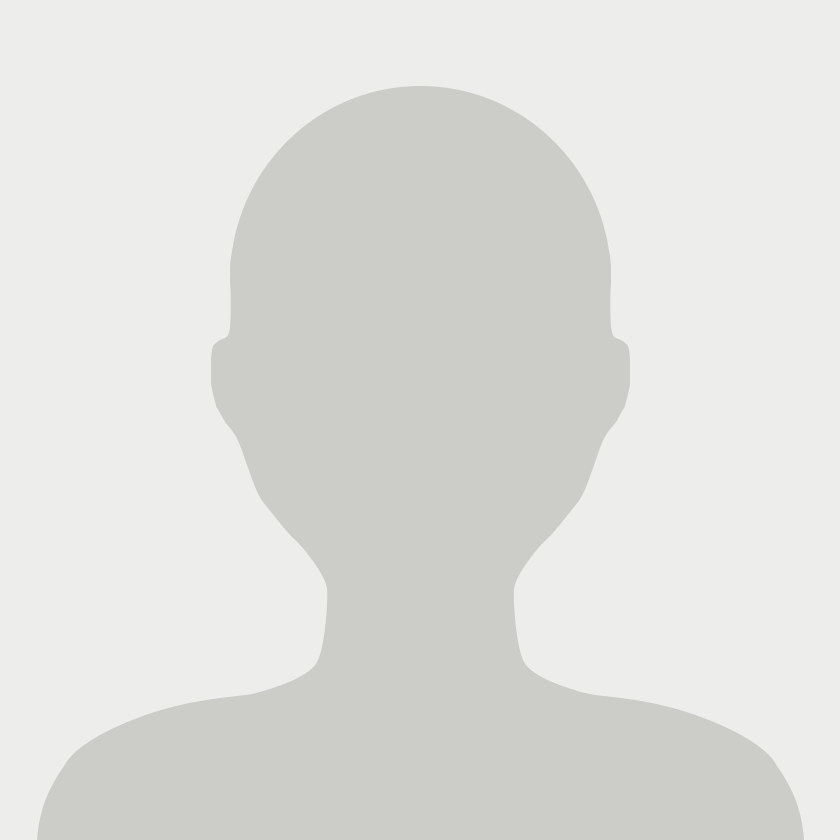 Wow! This interview is great. I especially likes how she talks about building in public - which is something I am working on and combining ideas when you are stuck. Glad to hear you enjoyed it! Amazing interview, thank you for sharing :)

Thank you @anthilemoon for taking the time!

Send /login to @WomenMakeBot. Make sure Telegram is installed on your device. No account yet? Try it now

Create an account to chat with other women entrepreneurs.